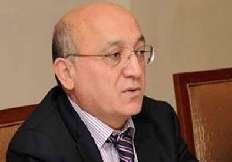 The head of the State Committee for Work with Religious Associations,  Mubariz Gurbanli said about the possibility of teaching the fundamentals of religion in the 9-10 grades  of schooling. According to him, such a thing can be taught in six months, so that students can learn the fundamentals of religion, to obtain information about "bad" flows and be prepared for "bad influence."

According to him, conflicts take place in 30 countries, 12 of them are religious by nature. Over the past 14 years in various conflicts  were killed 1.2 million people, many of them  are  victims of religious conflicts.

He further urged the United States to study the religious tolerance in Azerbaijan, and accused the West of the initiation of the religious wars in the Middle East. In particular, he believes that the impetus   to  religious radicalism gave just Western countries, who were preparing military groups and supplied them with instructors.

"As a result of the intrigues of the West, under the cries of "Allahu Akbar" Muslims kill Muslims, Sunnis, Shiites blow labeling and so forth,"  he added.

According to him, it is a kind of continuation of the Crusades, which are carried out today in the form of   causing  conflicts   among  Muslims, carrying out a "controlled chaos."

Gurbanli said that there are forces that want to bring the  trouble from the  Middle East to Azerbaijan. "However, as a result of a successful religious policy, the efforts of the "fifth column"  were destroyed by the law enforcement system of the country."