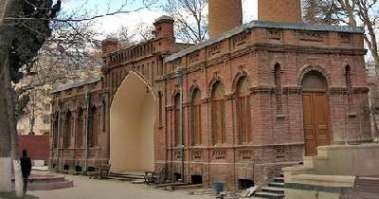 The faithful sent Mubariz Gurbanli , the head of the Ganja State Committee for Work with Religious Communities message on the confrontation that took place on October 23 in the mosque "Shah Abbas".  Authors of the appeal  accuse Gurbanli of spreading false information about the incident to the police  near the mosque "Shah Abbas",  and condemn the actions of the authorities.

According to believers, in recent years the faithful of Ganja manifested hostility from the authorities, which is contrary to the law.  Believers accuse  Gurbanli of spreading lies that they allegedly attacked a mosque the day before Ashura mourning,  and there were hundreds of witnesses. On that day the authorities closed all the mosques of the city, except for one - Imamzadeh.

"There were not any attempts to attack or march of the faithful; they were not allowed to in the mosque. During the clashes with the police, many believers were beaten," the statement says. Believers condemn  Gurbanli that he turned a blind eye to violations of their rights in Ganja, which will cause increased tension.

"Hundreds of faithful gathered in front of the Presidential Administration to meet with the head of state, if you are not able to assess what is happening and give it an objective assessment," reads the appeal.

Believers stress  that their problems began after Elmar Veliyev was appointed the Head of Ganja Executive Power, whose attitude is bad not only to the believers, but also to all citizens of the city.