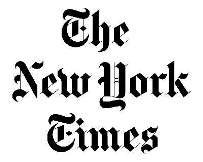 The newspaper "New York Times" published an editorial criticizing the human rights situation in Azerbaijan. In the article entitled "The Two Faces of Aliyev," the characteristic is, this former Acting US Ambassador to Baku Donald Lu, and published on the website WikiLeaks.

Externally Aliyev "westernized" in many ways: it polite, well dressed and well spoken in English; he is ready to provide oil and gas supplies to Europe and Israel. Azerbaijan, being a Muslim country, is a secular state. Aliyev receives major international events like the Eurovision Song Contest in 2012 and European games in 2015.

At the same time, Azerbaijan is extremely corrupt and authoritarian regime is considered one of the worst in the world in terms of human rights violations stated in the submission. Last month, the continued attacks on the independent media and NGOs, the police raided the office of "Radio Liberty" and seized computers and documents, it is sealed room. A dozen employees were detained and questioned.

A few weeks earlier the government imprisoned a known journalist Khadija Ismayilova, who wrote about the business of the Aliyev family. The authorities initially tried to intimidate and blackmail her, and then accused of incitement to suicide. Another critic of the regime, human rights activist Leyla Yunus also arrested along with her husband, the article said.  Then it was noted that Ilham Aliyev’s father, Heydar Aliyev ruled in Azerbaijan from 1969 until his death in 2003, first as a Soviet leader and then as  president of the country. Power Aliyev junior is built on the cult of personality of his father, and he became president as a result of the three "questionable" elections.

He and his partner on authoritarianism, Vladimir Putin, sees in all  a hostile hand of America, beginning from the overthrow of President Viktor Yanukovych in Ukraine to the Arab revolutions.

Aliyev decided to stop any opposition in the bud, and on 4 December, the head of his administration Ramiz Mehtiyev, published a 60-page manifesto, complaining of a "fifth column" in the face of NGOs preparing a conspiracy and revolution.

The West must understand that the real Aliyev is an authoritarian Aliyev. "While he intensifies a campaign to suppress opponents and other attributes of freedom, the US and Europe should make clear that they are forced to deal with it, but they do not have any illusions about the fact that what he is,"  noted the article, the original of which can be read here.

‘‘Radio Liberty’’: Azerbaijan is among countries showing up itself as republican-style country,but is governed in monarchy-style