A free-thinker loses his freedom in Azerbaijan 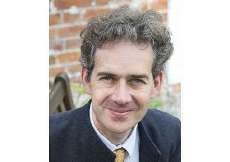 It was well after midnight in Baku, on 5 August last year, when I spoke by Skype to my old friend Arif Yunus, the distinguished Azerbaijani scholar. Arif was under great stress. He wanted to discuss how to get urgent medical treatment for his wife Leyla, the well-known human rights defender, who had been arrested the week before. Arif had been travelling to the notorious Kurdakhany prison outside the city but now he was unable to deliver packages of medicine and food to his wife — Arif was unable to leave his house because of a police order.

A few hours later, Arif himself went to a court hearing in Baku. He never went home. He was detained on charges including treason, and put in pre-trial detention. Since then, he has been incommunicado, kept in an isolation cell in the prison of the National Security Agency, the successor to the KGB. He is unable to receive visits or letters. He 'celebrates' his 60th birthday in this cell on Monday, 12 January.

Over the past year and a half, the government of Azerbaijan has taken an increasingly nasty, authoritarian, and anti-Western character. Along with Arif and Leyla Yunus, several other well-respected scholars, journalists, lawyers, and human rights activists, have been put in jail on spurious charges. In the vocabulary of the Soviet Union, all of these people can be characterised as dissidents.

The government of Azerbaijan has taken an increasingly nasty, authoritarian and anti-Western character.

It is especially hard to think of Arif as being incommunicado, because I think of him as a master of communication.

In numerous books and articles, he is the most prolific and dedicated chronicler of Azerbaijan since independence. I came to know him first in 2000, while researching my book Black Garden about the Nagorny Karabakh conflict. Almost uniquely in this conflict he was interested in evidence-based research. Trained as a historian, in 1988 Arif made himself into a detective, travelling the country to talk to people and obtain evidence of what was really going on in the Karabakh conflict.

He is also one of the few Azerbaijanis who actually went to Armenia. Like many other natives of Baku, Yunus had an Armenian mother, but unlike most he chose not to hide it. In Armenia, Yunus is respected by many, but is also a source of considerable inconvenience. While much Azerbaijani material on the Karabakh conflict was poorly sourced and did not stand up to scrutiny, his information challenged the Armenian narrative that they had behaved spotlessly in the early phase of the conflict.

In Armenia, Yunus is respected by many, but is also a source of considerable inconvenience.

For example, he was the first Azerbaijani scholar seriously to investigate the casualties amongst Azerbaijanis fleeing Armenia in 1988-1991. He compiled a list of the names of 216 Azerbaijanis from Armenia who had died, 127 of them at the hands of Armenians. (The Azerbaijani government uses this data to this day).

The charge of collaboration with the Armenians levelled against Arif and Leyla Yunus is probably just a pretext, a way of blackening their names in the eyes of the public. The Armenian card is also being played against Rauf Mirkadirov, a well-known journalist and columnist, who was arrested last April on similar charges after making one visit to Armenia. The main reason for their arrests is probably Leyla Yunus’ human rights work.

The domed head of Arif Yunus is home to one of the Caucasus’ true free-thinkers. Most know him as the author of authoritative books on Islam or refugees. I also want to record his lesser known status as a witty de-coder of Caucasian cultural and political mores.

He is the author of a (sadly unpublished) collection of first-person stories and anecdotes that show a keen and humorous anthropological interest in Caucasian politicians, Western academics, and ordinary functionaries, such as traffic policemen. He tells, for example, the tale of the traffic policeman outside the town of Shemakhi who retired but still parked his car in his customary spot by the roadside and took bribes from passing motorists — who moreover gave them quite willingly.

On the level of higher politics he tells the story of how President Heidar Aliyev was given a library card to the new US library in Baku by then American ambassador Richard Kauzlarich. Arif understood both sides of the story: Kauzlarich who believed he was making a nice gesture, Aliyev who was offended that he was being treated as though he was any other citizen of Azerbaijan.

Arif told the tale of the battle to stop people leaving rubbish outside the office of the Institute of Peace and Democracy in Baku. He and his colleagues worked out that the best way to combat superstitiously minded Azerbaijanis was to paint inscriptions on the office wall, with messages such as, ‘May a dog run and do his dirty business on the grave of he who throws rubbish here.’

This irreverent and affectionate vision of the real Caucasus does not fit with the scrubbed marble-clad Dubai lookalike that the Azerbaijani authorities are trying to make of their country, with international events like the Eurovision Song Context or this year’s planned European Olympics.

Azerbaijan’s leaders evidently believe that this virtual reality must be defended from all questioning and scrutiny.

Azerbaijan’s leaders evidently believe that this virtual reality must be defended from all questioning and scrutiny. That is the main reason that they have now shut down the major source of independent news, the US-funded radio station, Radio Liberty.

Yet Azerbaijan has greater traditions of democracy and free speech than the state models being emulated here — the Soviet Union or the Central Asian dictatorships of Uzbekistan and Turkmenistan. Some members of the elite (secretly) want more freedoms and to get away from the Russia-style path the government is following.

Like many others, I have learnt more about how the Caucasus works from Arif Yunus than from any other individual. Not just facts, but a whole outlook. As he marks his 60th birthday in the most terrible of circumstances, I wish him and his wife and colleagues a speedy release. They unequivocally deserve it — and so does Azerbaijan.