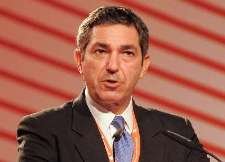 EU Special Representative for Human Rights, Stavros Lambiridis February 23 arrives in Baku at the invitation of the Government of Azerbaijan.

In this regard, the international human rights organizations Human Rights Watch and Front Line Defenders urged him to demand from Baku to release dozens of activists and journalists arrested for political reasons.

"The visit of the leading voice of the EU on Human Rights, Lambiridis, will become one of the rare chances to appeal to the Azerbaijani authorities to stop the campaign of suppression of critical voices, release dozens of activists and journalists arrested on trumped-up charges," said the director of Front Line Defenders, Mary Lawlor.

"It is time to say openly that the threatening human rights situation prevents the deepening of relations with the EU," she said.

The statement also indicated that the government suppresses the critical voices over the years, putting pressure on journalists and activists. Over the last year on trumped up charges were arrested more than 30 human rights defenders, activists, lawyers, journalists and bloggers.

The authors of the statement call Lambiridis to meet with the detainees, including Leila and Arif Yunus, Rasul Jafarov, Intigam Aliyev and Khadija Ismailova.

"Leading activists and opposition of Azerbaijan hope that the EU will defend its principles and those whose voices are drowned out expect Lambiridis to speak for them," the statement said.