Jailed without trial in Azerbaijan 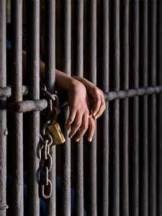 THE PRESIDENT of Azerbaijan, Ilham Aliyev, is showing signs of a frantic despotism. Journalists, bloggers, lawyers, human rights activists and others who speak out for individual liberty are arbitrarily being swept up in a wave of arrests and detentions. Mr. Aliyev, suffering a decline in the oil revenue that has propped up his regime for years, seems to be striking out at anyone who opposes him.

One of Mr. Aliyev’s favorite tools for silencing people is pretrial detention. Azeri law states that it is to be used only in limited cases, and Azerbaijan’s criminal procedure code put this power in the hands of the courts, not prosecutors, more than a decade ago. In practice, though, the courts have become servants of the prosecution. The European Court for Human Rights noted in a case last year that Azeri courts have frequently endorsed prosecution requests for detention automatically.

Leyla Yunus, a prominent human rights activist, has been in pretrial detention since July 30 on arbitary and trumped-up charges of treason and tax evasion. She is suffering from a liver condition and diabetes. On Feb. 18, an appeals court dismissed her appeal and gave her another five months in pretrial detention, at the end of which she will have been behind bars for nearly a year without trial. Her husband, Arif Yunus, a historian who suffers from cardiovascular disease, was detained on Aug. 5. His appeal wasdismissed Feb. 23, and he, too, was given another five months in pretrial detention.

Meanwhile, the campaign against critical journalists continues. The investigative journalist Khadija Ismayilova, who described her situation in a letter from prison that ran as a recent Post op-ed, remains behind bars in pretrial detention. A closed-door trial was held Feb. 23, three days after her letter appeared, and she was found guilty of criminal libel and fined. The libel charge stemmed from accusations made in 2014 by a man who claimed she defamed him on Facebook, which she denied. In the twisted, Orwellian nature of the Azeri justice system, she was first arrested in December on a charge of inciting a former colleague to attempt suicide and since has been slapped with new charges, including embezzlement, tax evasion, illegal entrepreneurship and abuse of power.

Mr. Aliyev seems particularly uncomfortable with the work of the Azerbaijani service of Radio Free Europe/Radio Liberty, to which Ms. Ismayilova had contributed. On the same day as her snap trial, a former chief of the service’s Baku bureau was stopped at the airport, prevented from boarding a plane and told he was under a travel ban at the request of the prosecutor’s office. More than 26 journalists and staff of Radio Free Europe/Radio Liberty have been interrogated by Azeri authorities since a Dec. 26 raid on the Baku bureau. The news organization is funded by the United States through the Broadcasting Board of Governors.

In a recent magazine advertisement, Mr. Aliyev said he wanted to make Azerbaijan "one of the most developed and competitive countries in the world.” It certainly won’t become that if he continues to rule like a despot.