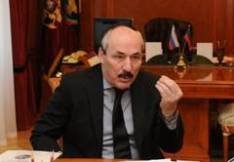 On March 2, a court in the southern Dagestani city of Derbent ruled that the criminal case against the city’s mayor, Imam Yaraliev, was illegal. Prosecutors appealed the court’s decision, accusing the mayor of abuse of power. A criminal investigation was launched against Yaraliev on February 1 (Novoe Delo, March 2). The power struggle between Dagestan’s governor, Ramazan Abdulatipov, and the leadership of Derbent, including the powerful mayor of Derbent, Imam Yaraliev, dates back to 2014. The conflict oscillated from moments when Abdulatipov seemed to crush the resistance in the south of the republic to moments when the positions of the local politicians strengthened again. What appeared to be a personal conflict between leaders quickly became a conflict with ethnic overtones and even international implications.

Yaraliev’s supporters rallied Lezgins, Azeris and Tabasarans to his large social base. The elders of the three largest ethnic groups in southern Dagestan warned the Russian authorities that the "possible implementation of the plans of destructive forces can lead to an exacerbation of the socio-political situation in the region, to inter-ethnic and inter-faith contradictions and conflicts.” Moreover, southern Dagestanis started to sound alarm bells, calling for unity in the face of pressure from Makhachkala. According to Russian expert Konstantin Kalachyov, Imam Yaraliev cast himself as the leader of southern Dagestan, and Moscow will work against him from now on. "Rallying Southern Dagestan against Makhachkala is not in the plans of the Federal Center [Moscow],” Kalachyov said. "Therefore, such actions will be cut short. Abdulatipov has carte blanche. Moscow does not need a system of checks and balances. Moscow made a bid for unity of command and the implemented municipal reform should extend the vertical of power down to the ground” (Novoe Delo, February 23).

The city of Derbent and the surrounding districts make up Dagestan’s so-called Yuzhdag sub-region, which is ethnically distinct from the rest of Dagestan and has a fairly large population. The area is dominated by ethnic Lezgins, Tabasarans and Azerbaijanis. Even though some Dargins are also present along with other ethnic groups in Yuzhdag, Avars are notably absent from the area. Avars are the largest ethnic group in Dagestan overall, and Ramazan Abdulatipov is an ethnic Avar. So, Makhachkala’s aggressive moves in Yuzhdag naturally acquired an ethnic coloring and produced a backlash. Because of the large Azerbaijani population in the Derbent area and the proximity of Azerbaijan, the conflict had an international dimension as well. The Dagestani governor launched his offensive against the Derbent district, but unexpectedly met stiff resistance from the head of the district, Kurban Kurbanov, an ethnic Azerbaijani. In what could be regarded almost as an open challenge to the entire political system in contemporary Russia, Kurbanov stated at the time: "I was always elected by the people, while other heads [of districts] were elected by deputies,” he said. "Forty-seven thousand voters voted for me. No one complains about my work-related activities; the only complaint is that I have spent a long time in this position.” Kurbanov added that he disapproved of the candidacy of Azadi Ragimov, who was touted by Makhachkala as his successor (Kavkazskaya Politika, August 5). After months of struggle, Kurbanov stepped down, but instead of Ragimov, he was replaced by Magomed Jelilov (Derbrayon.ru, January 23).

Since his power has some limits in strong regions of Dagestan like Derbent, Abdulatipov lashes out at the people who are close to him. On March 3, Sefer Aliev, an ethnic Tabasaran, was fired from his position as the republic’s telecommunications minister (Chernovik, March 3). Aliev was fired for alleged corruption, but his background in southern Dagestan and the political struggles in the area in the past several months are probably connected. The political struggle in southern Dagestan appears to be taking a violent turn. On March 4, the principal of the Derbent hospital, Nasur Osmanov, was gunned down near his home. Osmanov was an active deputy of the Derbent district council, and investigators suspect his death may have been related to his political activities (Kavkazsky Uzel, March 5).

Dagestan is a highly diverse republic that is not easy to bring up to Russian national standards of political uniformity. Against all odds, some deputies in the Dagestani parliament still speak up in support of the embattled mayor of Derbent, Islam Yaraliev (Novoe Delo, March 2). The situation in Yuzhdag indicates that Abulatipov is facing an uphill battle in installing a replica of Putin’s personalist regime in the republic. The process may further be hampered by the looming economic crisis. As Moscow’s financial injections into Dagestan are projected to undergo drastic cuts, Abdulatipov’s crusade against corruption and the region’s elites may also be cut short along with his bid to build an authoritarian regime. Moscow may want to construct a republican power vertical in Dagestan, but given the republic’s complexity, it can be achieved only with substantial concentration of state resources, which is not feasible in the current economic environment. Makhachkala’s lengthy struggle with the elites in southern Dagestan indicates that the centripetal tendencies in the republic may be running out of steam.