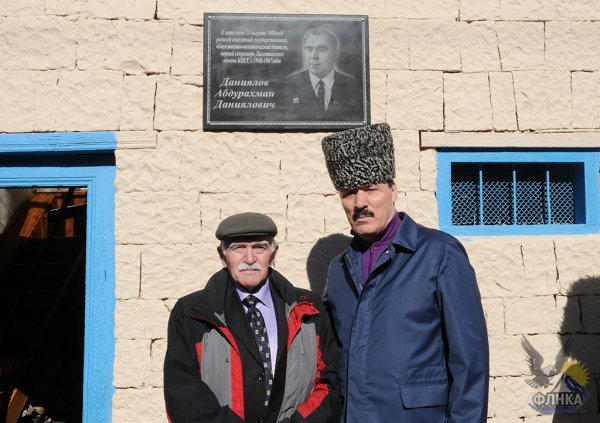 During Ramazan Abdulatipov’s reign a sharp aggravation of interethnic relations began in the Republic of Dagestan. This happens because of the arrogant policy of violation of the fragile ethnic and cultural balance in the region.

The main problems are the cynical violation of national and cultural interests of all the peoples of the republic, the imposition of extremely Avar-centric version of the history of Dagestan to all residents, forcing the entire multinational Dagestan to the Avar culture.

Lezgins were one of the first who began to sound the alarm about the situation. Aggressive attack on the interests of the Lezgi people in Makhachkala began long before, after ousting Lezgi politicians from power and leverage to influence the situation in the republic.

However, when Ramazan Abdulatipov came to power, a systematic attack on Lezgi political, administrative, economic and even cultural attitudes began all around. FLNCA from the first day stood at the forefront of resistance of such a discriminatory policy of the authorities of the republic. And for such activities the organization won the offensive comment from the head of Dagestan, who called Lezgi activists "a bunch of people."

This was followed by many months of unscrupulous persecution of the mayor of Derbent Imam Yaraliev, who is an ethnic Lezgi, to force him to withdraw into retirement. After his leaving, Derbent was turned into an experimental platform for accelerated conversion to Avar of the local cultural landscape.

During the celebration of the anniversary of Derbent, we saw domination of Avar culture over the cultures of the peoples of the southern Dagestan, in the bosom of which historically Derbent developed.

We should also pay attention on the personnel policy of Makhachkala in Derbent which consists of giving the key positions to their own candidates to the detriment positions of the majority of the city population Lezgi people.

An aggressive attack on the interests of the Kumuk people mainly is in the sphere of land relations. The Kumuk people faced such problems as interception of management of cities, capturing lands, plundering of large areas in the plains by the people from the highlands.

Because of this expansionist policy on the part of neighbors, protest of mobilization of Kumuk people took place in a politicized form, immediately pushed Kumuk community members to open mass protests such as a protest congresses of Kumuk people, massive and prolonged hunger strikes of social activists, direct clashes with the authorities in the zone of Karaman, requirements to recover Tarkin area, the creation of the Kumuk national parliament.

The continuation of Daniyalov's work

For example, at events in honor of the anniversary of Daniyalov in his native village of Rugudja of Gunib District, Ramazan Abdulatipov said: "We must learn from Abdurahman Daniyalov."

It is obvious that the work of Daniyalov, who played such a fateful role in the history of the peoples of Dagestan, today openly is continued by Ramadan Abdullatipov, who considers himself Daniyalov's disciple and follower.

That is why we need to devote a series of analytical materials for the study of the problem in the political history of the Soviet and post-Soviet Dagestan, in order to shed light on the aggressive policy of ethnic discrimination of peoples of Dagestan from the authorities of the republic.