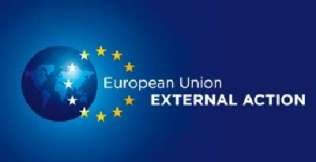 The report of the European Commission on the implementation of the European Neighborhood Policy (ENP) in Azerbaijan in 2014 noted the deterioration of conditions for the activities of civil society, increasing pressure on NGOs, activists and the media.

The document published on the website of the EU (http://eeas.europa.eu/enp/pdf/2015/azerbaijan-enp-report-2015_en.pdf) notes that the agreement on visa facilitation and readmission of 2014 contributes to the further deepening of bilateral relations.

A positive assessment of the economic situation is also given. The macroeconomic environment remains stable due to growth in non-oil sector and increasing social stability.

"The obligations for the implementation of the Southern Gas Corridor are still of paramount importance to the dialogue EU-Azerbaijan," the document says.

Concerning the Karabakh problem, it is stated that after 20 years since the ceasefire agreement the settlement of the conflict "remains deadlocked.”

"The security situation remains a major challenge against the backdrop of incidents and victims, whose number has reached unprecedented levels since 1994," the report of the EU noted. At the same time, "strengthening confrontational rhetoric and the arms race" is stated.

At the same time, the report indicates that during the presidency of Azerbaijan in the Committee of Ministers of the Council of Europe from May to November 2014 the situation with independent NGOs in the country "got significantly worse". The legislation has been amended, immensely worsening conditions for their activities. After the adoption of innovations in the legislation in 2014, local and international NGOs face serious administrative and judicial pressure. The Venice Commission regarded the amendments in the legislation as limiting the activities of NGOs.

Heads of a number of NGOs have been arrested on charges of treason, tax evasion, illegal entrepreneurship, abuse of office and forgery.

Many independent NGOs have been forced to suspend their activities, prominent human rights activists have been arrested, and some have been banned from leaving the country and their bank accounts have been frozen.

ODIHR recommendations regarding the provision of democratic elections in 2014 are still not satisfied. No serious steps are taken to ensure the independence of the courts.

Contacts between the EU and Azerbaijan in the field of political dialogue declined significantly, the report says.

Despite the expansion of the service Asan Khidmet as a means of combating corruption in public services, significant improvements in the fight against corruption have not been reached and the country ranks 126 out of 175 countries in the rating of Transparency International.

In 2014, there was no significant progress in ensuring the independence of the courts. EU officials were monitoring trials of NGOs and witnessed serious violations of the law.

The protection of government critics has become difficult. One problem is the shortage of lawyers. Many lawyers are afraid to defend the opposition. The Bar Association puts pressure on lawyers defending the opposition.

At the same time, the government shows no respect for the decisions of the European Court of Human Rights and does not fulfill them, the document notes.

The report also contains recommendations on the work to be undertaken in 2015 to address the problems noted.

In particular, it is proposed to respect and fulfill the obligations by members of the Council of Europe and to ensure the fundamental rights and freedoms, the rule of law and to fully implement the decisions of the European Court of Human Rights.

The creation of an enabling environment for civil society, cancellation of restrictive regulations in the law and provision of an opportunity for NGOs to operate freely is recommended.

They also recommended to bring the electoral legislation in line with the recommendations of the OSCE ODIHR and to ensure effective implementation of the parliamentary elections in November 2015.

They also stated the need for a law on decriminalization of libel and defamation and for strengthening investigation of persecution and murder of journalists and activists.

Finally, in connection with the Karabakh problem, the EU called on parties to the conflict "to refrain from actions and statements increasing tension and undermining the peace process."