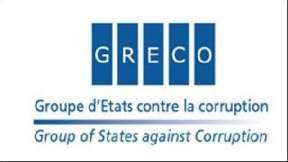 The Council of Europe’s Group of States against corruption (GRECO) has published today its Fourth Round Evaluation Report on Azerbaijan dealing with corruption prevention in respect of members of parliament, judges and prosecutors.

Although the principles of independence and the separation of powers are enshrined in the Constitution and key laws of Azerbaijan, the institutional set up grants particularly strong powers to the President and members of the executive, who exercise considerable influence on the legislature and the judiciary, including the Prosecutor’s Office. This environment lacks transparency and is prone to political favouritism and corruption.

Allegiance to the executive is one of the two features which are common to the three professional groups under review. With respect to MPs this is due to them belonging to or supporting the party led by the President. A weak opposition is characteristic of the political system. This and the restrictions imposed on parliamentary debates of certain legislative proposals significantly limits parliamentary oversight and the legislative process. Judges and prosecutors are directly or indirectly appointed by the President, while the Judicial Legal Council – the key judicial self-governing body – is subordinated to the Ministry of Justice. Such a framework can create opportunities – real and perceived – for undue influence and political interference in the independent functioning of the legislature and the judiciary, erodes institutional checks and balances and generates significant corruption risks.

The second factor is the lack of controls on accessory activities and asset disclosure as well as on MPs’ conflicts of interest. The law on asset disclosure adopted in 2005 is still not enforced. It provides for sealed, confidential asset declarations. Moreover, information on company organisational structures and ownership was withdrawn from the public domain in 2012. Building accountability of individual MPs, judges and prosecutors and their respective institutions appears to be problematic also in the context of restrictions on and self-censorship of the media.

To be credible and to reach top level elected or appointed officials, including specifically MPs, judges and prosecutors, the anti-corruption reforms need to be further deepened and institutionalised and also to be and to be seen to be enforced impartially.

Other concerns to be addressed are specific to each of the three professional categories and include the development and enforcement of standards of conduct for parliamentarians, more consistent integration in the periodic evaluation of judges and prosecutors of the integrity standards forming part of their respective codes of professional ethics. Last, but not least, the three groups are to benefit from guidance, confidential counselling and regular training and communication activities to boost reputation, ethical behaviour and corruption prevention within their own ranks.

Link to the report

*GRECO is a Council of Europe body that aims to improve the capacity of its members to fight corruption by monitoring their compliance with anti-corruption standards. It helps states to identify deficiencies in national anti-corruption policies, prompting the necessary legislative, institutional and practical reforms. Currently it comprises 48 European states and the United States of America.