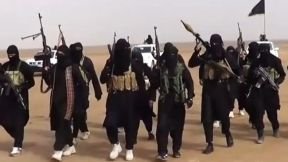 The Lefortovo Court of Moscow has extended until September 15 the detention in custody of Saida Khalikova, a student of the Astrakhan Medical Academy, accused of financial support to the "Islamic State" (IS). The "Caucasian Knot" has reported that on January 12 the Dagestani Regional Public Organization (DRPO) "Pravozaschita" (Advocacy) was approached by Raziyat Isabekova, a resident of the village of Novokayakent, Kayakent District of Dagestan, who asked to help to find her daughter – Saida Khalikova, a student of the Medical Academy of Astrakhan, who was detained in December 2014 on suspicion of financing militants. On June 5, an advocate of the student announced that Saida Khalikova believed she was transferring money for charity purposes. Nevertheless, the student was charged of sponsoring the "Islamic State". On June 9, the Lefortovo Court of Moscow granted the investigators' motion to extend the arrest of Saida Khalikova. The court session was held behind closed doors, the RIA "Novosti" reports. According to advocate Sabir Agaev, at the court session, the investigator explained the request to extend the arrest by the fact that if at liberty, Saida Khalikova can flee, destroy the evidence of the case or continue to be engaged in criminal activities. "The Court granted the investigators' motion and extended the arrest until September 15, despite the deteriorating health of my client," noted advocate Sabir Agaev as quoted by the "Kommersant". The advocate has explained that his client suffers from anaemia, and the level of haemoglobin in her blood has dropped.