Lezgi issue in the European Parliament

The problems of national minorities in Azerbaian 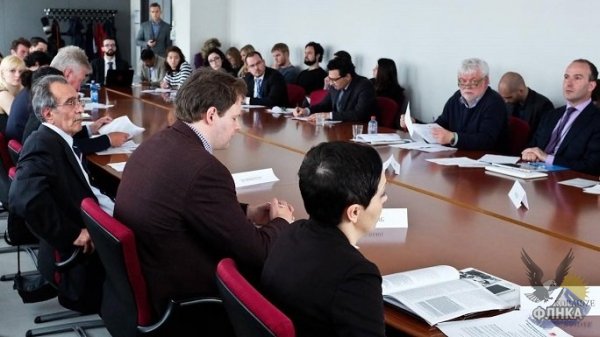 On May 5, 2015 in Brussels, Unrepresented Nations and Peoples Organization (UNPO) and the Talysh National Movement (NTM) organized a conference entitled "Azerbaijan: double standards and infringement of the rights of national minorities."

The event was attended by a wide range of scholars, journalists, activists and prominent European politicians, among which were the current and former members of the European Parliament: Schaba Sogoro from the European People's Party, the Social-Democrat Damian Draghici and Frank Schwalbach-Hoth.

The conference was opened by MEP Bogdan Venta. In his speech he stressed the importance of raising awareness about the situation of national minorities in Azerbaijan and welcomed the opportunity to organize an event dedicated to the subject. He also stressed that the European Union promotes freedom and the rights of minorities, and that the EU is entitled to expect the same from its partners.

Afterwards Jaromir Stettin, the MEP said that the minorities in Azerbaijan are really in an unenviable position and expressed his solidarity with all those who experience oppression on ethnic grounds. Johanna Green, UNPO Programme Manager, also spoke before the participants and she noted the timeliness of this conference in the context of the upcoming 4th Summit of the Eastern Partnership and the first European Games to be held in Baku in June. 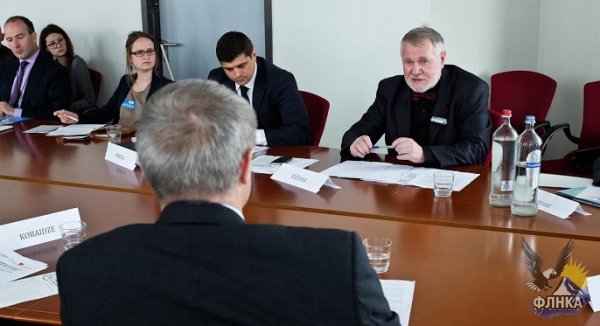 In the first part of the debate dedicated to the protection of the rights of national minorities in difficult conditions, the participants sought to develop methods to overcome the problems in the field of protection of human rights in the current political context of Azerbaijan.

Ms. Shorena Kobaidze, the coordinator of the program on Minority Rights, began with an overview of the diversity of the South Caucasus and suggested deep comparison of Azerbaijan and its neighbors. According to Ms. Kobaidze, In Azerbaijan, the overall legal climate can be assessed as negative. The feeling of fear prevents people to discuss the rights of national minorities, the government restricted freedom of movement and the work of human rights defenders and their activities.

Giulia Renier and Gerona Zandberg who visited Dagestan and Azerbaijan in 2013, shared with the audience with their vision based on their own experience, highlighting the fact how difficult it was to find Lezgins ready to give an interview. According to them, all the interlocutors were fearful because of the possible negative consequences for their families. 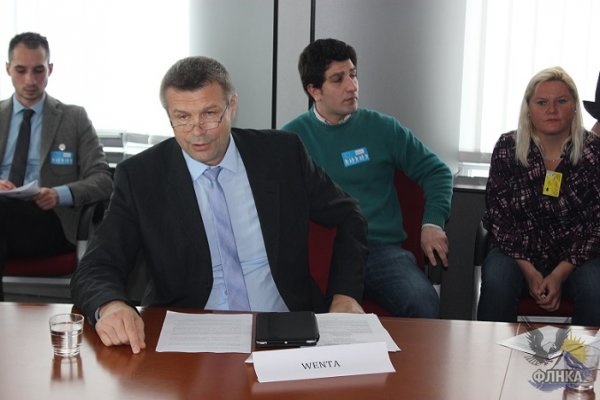 In the second part of the debate, «Ways of development: Civil society initiatives, economic development and international strategies", the main topic of the discussion was the theoretical and practical alternatives to protect the rights of national minorities in Azerbaijan.

Alikram Humbatov,  the president of the Talysh National Movement, pointed out the problems associated with extreme political centralization of government Alieva. On his opinion, the best solution lies in political reforms and decentralization that would give each of the regions of the country to reform its own social, cultural and economic lives in accordance with their needs and identity.

The result of the conference was the aspiration to bring its results  to the notice of the of EU foreign policy authorities, as well as the obligation to articulate with the Azerbaijani government and other stakeholders, specific measures to protect the rights of ethnic minorities.

It is clear that strong political and economic relations between the EU and Azerbaijan enable to actualize issues of execution of the Constitution and the Framework Convention for the Protection of National Minorities (FCNM) in the country.

The conference, held by UNPO and Talysh National Movement (NTM) in cooperation with the MEPs, had the purpose to bring to the ordinary people and governments of all States information regarding the existing problems in the field of protection of rights of national minorities in many countries.

According to the UNPO materials