More attention to the Lezgi Theatre! 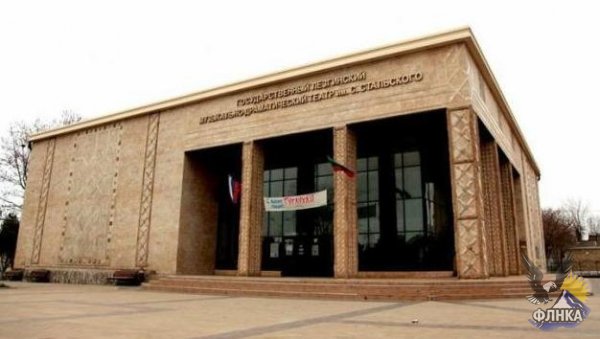 In 2014 the activity of the Lezgi Drama Theatre named after Suleiman Stalski was not so bright in terms of performances on the stage, but there were enough events on backstage. Unfortunately, the theatre has not been able to participate in any significant event outside the Republic. Touring of the troupe was limited to the territory of Dagestan.

On the one hand, it is obvious the lack of numerous and stable audience in the regions of Russia. With the exception of Moscow and several other regions, in the other regions of the Russian Federation the Lezgi communities are not as numerous and not as well organized. On the other hand, truth be told, modern material and technical condition and the artistic level of the Lezgi Theatre leave much to be desired, and so the actors simply had nothing to show foreign spectators.

Therefore, the main activity was focused on areas of the South Dagestan, where the troupe showed its usual repertoire.  The problem of the Lezgi Theatre did not start yesterday. A few years ago the head of the Theatre was changed.  Three decades of stagnation, artistic degradation and obsolescence of the theatre left behind.

In confirmation of these words we will recall that last December there was information that the court would deal with the former Director and chief accountant of the Lezgi Theatre on charges of embezzlement of budget funds and forgery. This was reported by RIA "Dagestan" with reference to Rasul Temirbekov, the representative of the TFR in Dagestan.  According to investigators, in 2010, the theater Director, having authority to sign financial and other documents, transferred budget funds meant for payment of wages, into objectives that do not meet the conditions for obtaining them. According to Rasul Temirbekov, as a result of these actions budgetary funds for other purposes for the sum more than 1, 5 million rubles were stolen. "In December of 2010 the Director and the accountant of the theatre left without the payment of salaries of employees of the theatre in the amount of 3 million rubles," – the source Agency added.

With Alibeg Musayev, a new Director of the Lezgi Theatre, finally the theatre got some development, the search for new concepts and development of new ideas began. The theatre acquired a new breath, and despite all the problems looks to the future confidently. In conclusion, we say that the Lezgi Theatre, the oldest national theatre in the Caucasus, need attention and support from the Lezgi society, businessmen and all who care about the fate of one of the most important and significant cultural achievements of the Lezgi people of the last centuries.

The Lezgi Theatre is deprived of its history