On Junuary 23, 2013 the Parliamentary Assembly of the Council of Europe considered two reports on Azerbaijan Find below their summaries

The honouring of obligations and commitments by Azerbaijan 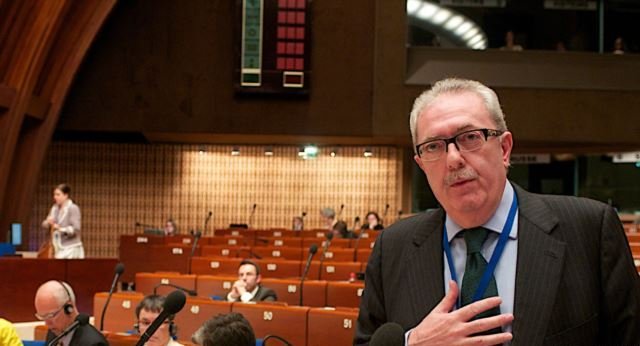 The honouring of obligations and commitments by Azerbaijan

Report of the Monitoring Committee

The Monitoring Committee recognises the progress made by Azerbaijan with regard to the establishment of the legislative framework in some areas crucial for the functioning of democratic institutions since its accession to the Council of Europe. However, restrictive application or violations of some laws are resulting in growing concern with regard to the rule of law and respect for human rights.

The lack of independence of the judiciary is a concern. The situation with regard to basic freedoms, including freedom of expression, freedom of assembly and freedom of association is preoccupying. The committee expresses its alarm at reports by human rights defenders and domestic and international NGOs about the alleged use of so-called fabricated charges against activists and journalists. The combination of the restrictive implementation of freedoms with unfair trials and the undue influence of the executive results in the systemic detention of people who may be considered prisoners of conscience. Alleged cases of torture and other forms of ill-treatment at police stations, as well as the impunity of perpetrators, raise major concern.

Despite the progress achieved in the introduction of a legislative framework aimed at fighting corruption and organised crime, the main challenge lies in the effective application of that legislation.

The follow-up to the issue of political prisoners in Azerbaijan

Report of the Committee on Legal Affairs and Human Rights

The issue of political prisoners is still not resolved in Azerbaijan, despite the continuous efforts of the Parliamentary Assembly. In addition to several unresolved cases dating back to the accession of Azerbaijan to the Council of Europe, a number of new cases of political prisoners have arisen including politicians and activists linked to the opposition, as well as journalists, bloggers and peaceful protesters sentenced to heavy prison terms.

In several cases, humanitarian grounds, including the age of some prisoners and their deteriorating state of health, require their immediate release from prison, independently of any other criteria.

In a number of such cases, the European Court of Human Rights has already found violations of the European Convention on Human Rights. The cases of other alleged political prisoners are still pending before this jurisdiction, whilst yet other prisoners were induced to refrain from applying to the Court in good time by promises of an amnesty which then did not materialise.

The Azerbaijani authorities are invited to speedily resolve the cases of those persons included on the consolidated list of presumed political prisoners who are still in prison, without demanding admissions of guilt or public repentance as preconditions for release, and to take appropriate measures in order to ensure that there are no new cases of presumed political prisoners, in particular by refraining from arresting and prosecuting participants in peaceful demonstrations, by refraining from criminalising the expression of political and religious views in the media, by eliminating torture and other forms of ill-treatment of suspects in police custody and pre-trial detention, by allowing all suspects to be assisted by a freely chosen lawyer and by ensuring that all searches and seizures are performed in the presence of truly independent witnesses.

Mr. Karimov was sentenced in 1999 to 14 years in prison as a member of the Lezgi National Movement "Sadval” (Unity). The group, reportedly, is officially registered in the Russian Federation but considered an illegal terrorist group in Azerbaijan. It had campaigned in the 1990s for the unification of all Lezgins in one state ("Lezgistan”) covering areas belonging to Russia (the south of Dagestan) and northern Azerbaijan. Mr. Karimov was convicted of having participated in an armed attack on border guards.

Mr. Mahsimov, the leader of the Azerbaijani branch of "Sadval,” was sentenced in 1994 to life in prison for his alleged participation in the terrorist attack on the Baku subway in 1994 killing 14 persons.

application to the ECHR was successful in that the Court found a violation of Article 6 paragraph 1 (fair trial), based on the fact that the cassation proceedings before the Supreme Court of Azerbaijan took place in Mr. Mahsimov’s absence.

Mr. Safaraliyev was sentenced in 2000 to 15 years in prison for his participation as an accessory in the bombing of the subway of Baku in 1994. He had allegedly also participated in a riot in Qobustan prison in January 1999. The Independent Experts did not recognise him as a political prisoner in view of the violent nature of the acts for which he was convicted. I share this view.