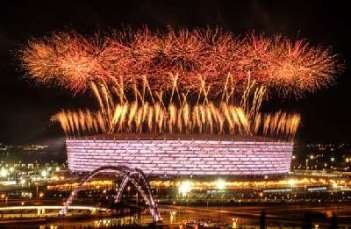 The closing ceremony of the European Games to be held on June 28 will cost the state budget 140 million manats, the Minister of Youth and Sports Azad Rahimov said.

According to unofficial information, the government spent a couple of dozen millions on the visits of international pop stars to the closing ceremony. The names of Madonna and a number of other world stars are called.

During the opening there was a performance by Lady Gaga, whom the government paid 2 million dollars for one song.