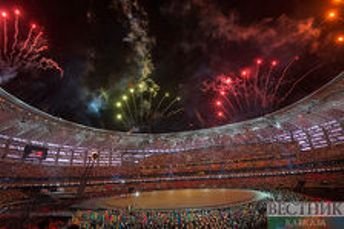 Azerbaijan's Minister of Youth and Sports, Azad Rahimov, said that the opening ceremony of the first European Games in Baku cost more than $100 million.

"Some bills have not been paid. The final figure we can only name after the Games," Tass quotes him as saying.

The opening of the first European Games was held yesterday at the Olympic Stadium in Baku. More than 2 thousand people took part in it. The stadium where the ceremony was held was opened on 6 March this year. It seats about 70 thousand spectators.