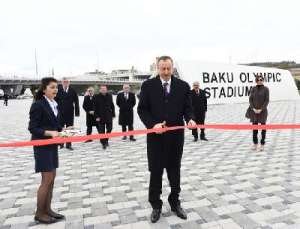 Opening of the Baku Olympic stadium, designed for 68,000  seats  took place with the participation of President Ilham Aliyev. The construction of the stadium at a cost of $ 640 million and was financed by SOCAR. At the new stadium  will be  opening and closing ceremonies of the First European Games  on  12 and June 28, 2015.

In addition, the stadium will take four games of the European football championship in 2020.

The architectural appearance of the stadium is like the famous "Alliance Arena" in Munich.