Action in front of Azerbaijani Embassy in Tbilisi 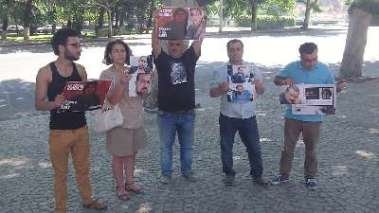