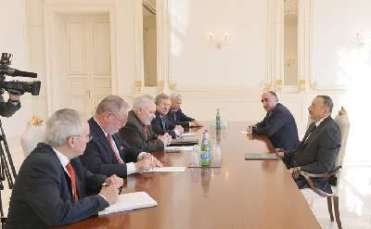 According to the presidential press service, during the meeting they discussed the current state and prospects of the Karabakh conflict settlement.

Recall that the Co-chairs arrived in Baku from Yerevan, where they met with the President of Armenia.

Earlier, the Co-chairs reported that they prepared the meeting of the two Presidents to be held before the end of this year. At the moment, the parties agree on the possibility of such a meeting, its time and place, as well as the future agenda.