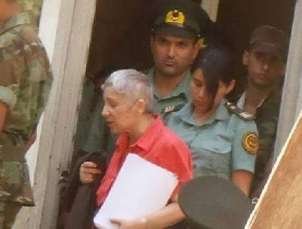 The convicted human rights activist Leila Yunus released a statement on September 22, in which she expressed gratitude to the French television reporters, who shot a lot of material about the situation in Azerbaijan.

"I express my gratitude and appreciation to the French channel France 2.

I remember our meeting in Baku in May 2014. I expected our arrest with Arif. And today, I clearly understand that the goal is our physical destruction in the throes of imprisonment. Stalin said no man - no problem. Thank you for your support and solidarity.

I appeal to the media in other countries in Europe and the United States: support your French colleagues, support Liberty, Equality, Fraternity," the statement says.

Recall that the French TV channel dedicated 1.5 hours to the reporting of corruption and human rights violations in Azerbaijan and Kazakhstan, as well as involvement of several French politicians in that.