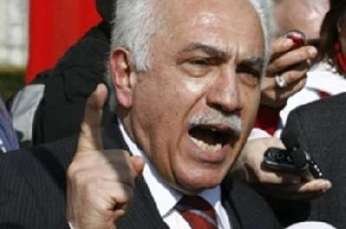 The European Court of Human Rights on Thursday took the historic decision in the case of "Dora Perinçek against Switzerland." The court ruled that Switzerland violated the right Perincek to freedom of expression, by denying the "genocide" of Armenians in the Ottoman Empire. "To protect the interests of the Armenian community in a democratic society, it was not necessary to attract Perichek to criminal responsibility," says the decision.

"It is undeniable fact that the punishment and condemnation of Perichek, as well as the decision to pay compensation of the Armenian Association of Switzerland violated his right to freedom of expression," reads the judgment. The verdict is final and not subject to revision.

At various conferences in Switzerland a Turkishman   Dogu Perincek in 2005 denied the "genocide" of Armenians. The Association "Switzerland-Armenia"  filed a lawsut in Switzerland, demanding to punish Perincek. The court in Lausanne in 2007, found him guilty of racial discrimination, ordered him to pay a few fines. The Court of Appeal dismissed an appeal by Perincek.

Perincek appealed to the ECHR, and in December 2013 the court ruled in his favor. In March 2014 the Swiss government said it would appeal the decision of the ECHR.

In Switzerland, there are criminal penalties for the denial of "Armenian genocide".