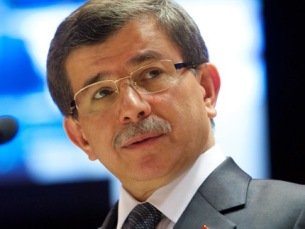 When summarizing the results of his visit to Armenia where he participated in the 29th meeting of foreign ministers of the Organization of Black Sea Economic Cooperation (BSEC), Turkish Foreign Minister Ahmet Davutoglu addressed the subject of the Armenian Genocide in the Ottoman Empire.
RIA Novosti reported citing Hurriyet Daily that during the flight Ahmet Davutoglu told journalists accompanying him that ‘the deportation of Armenians in 1915 was an inhuman act”.

"I see the deportation as an absolutely wrong practice carried out by the heads of Union and Progress movement in the Ottoman Empire. It was inhuman,” he said.