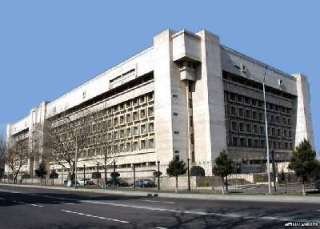 The new head of the National Security Ministry Madat Guliyev fired a large group of high-ranking officers yesterday. Among them, there are 4 Generals and 5 Colonels and Lieutenant Colonels, according to sources in law enforcement.

These Generals and officers led a number of leading divisions in the central office of the National Security Ministry and its district departments and military units.

According to informed sources, the layoffs will continue and the guilty could be prosecuted legally.

Earlier, Prosecutor General's Office arrested seven other officers of the National Security Ministry, among whom there were Generals. All of them are accused of abusing power and exceeding official duties. In particular, they are accused of racketeering, extortion, interference in the affairs of entrepreneurs, and illegal wiretapping.

According to unofficial data, it was actually an organized criminal group inside the MNS, and it committed serious crimes.

According to various media reports, the National Security Ministry officers were involved in the capture of businesses, abductions, and tortures of entrepreneurs and ordinary citizens.