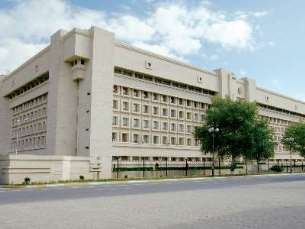 The former deputy head of the Antiterrorist Center of MNS Colonel Ilgar Aliyev committed suicide by hanging himself in Baku detention center No. 1 of the Penitentiary Service on 20 December. This happened in the late afternoon.

Information about the suicide was confirmed by his lawyer Rashad Mirmehdizadeh for Turan. He said that he was summoned to attend the investigative activities in connection with the suicide.

The details of the accident are still unknown.

Aliyev was a defendant in the criminal case against members of the National Security Ministry launched after the release of Eldar Mahmudov, as head of this department. The case involved 21 people, including 19 detained with Aliyev. They are accused of abuse of power and other criminal offenses.

On December 14, President Ilham Aliyev abolished the Ministry of National Security and ordered to create the State Security Service and the Foreign Intelligence Service on its basis.

Ilgar Aliyev was mentioned in the context of pressure on journalists.

Thus, an employee of the newspaper Bizim Yol Parviz Hashimli stated at the court that Ilgar Aliyev exerted pressure on him with a view to negotiate a number of senior officials.

The journalist Tural Mustafayev said that Ilgar Aliyev pressured him to make him not refuse of slandering the investigative journalist Khadija Ismayilova.