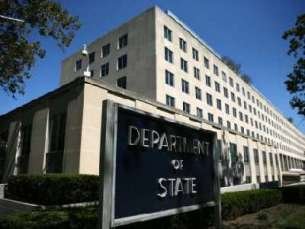 The US State Department did not give a clear answer to a joint request of Turan News Agency and the Voice of America about the role of the Assistant Secretary of State Victoria Nuland in the failure of the PACE resolution on the occupation of Azerbaijani lands.

The request was connected with the accusations about the alleged measures taken by Nuland to prevent the adoption of a resolution condemning the seizure of Azerbaijani territories by Armenia,

In response, the State Department said: "The United States respects the sovereign rights of Azerbaijan to raise the question about Nagorno-Karabakh in regional and international organizations.

The Minsk Group is a format adopted by the parties for negotiations.

We hope that the parties will be completely devoted to the peaceful settlement and will continue to cooperate closely with the co-chairs," the State Department's response stated.

Recall that the theme of the Victoria Nuland involvement arose after the statement of a pro-Armenian Congressman Adam Schiff, who said he told Nuland about the inadmissibility of the adoption of the Robert Walter resolution on the occupation of Azerbaijani lands.

In response, Nuland allegedly promised him to "work with the PACE" in this direction.

That was enough for the Azerbaijani Foreign Ministry to say it had instructed the embassy in Washington to study the matter.