Turkey convenes the ambassadors of the UN Security Council 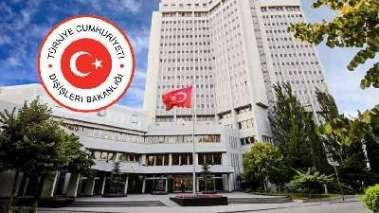 The Turkish Foreign Ministry convened the ambassadors of five countries permanent-members of the  UN Security Council in connection with the terrorist attack in Ankara, which killed 28 people, according to the press service of the Foreign Ministry. Earlier, Prime Minister of Turkey Ahmet Davutoglu said that Ankara will inform the UN Security Council on the results of the investigation of the explosion.

According to preliminary reports, the attack was organized by the Syrian refugee. Fourteen people involved in the explosion have been arrested. Arrests and detentions were  carried out in seven provinces in Turkey, where the majority are Kurds.

Jagland: terrorist attack in Turkey is attack on us all