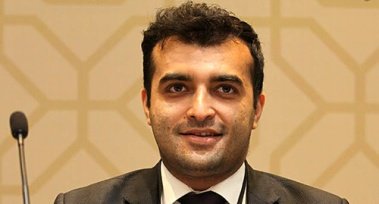 The European Court of Human Rights (ECtHR) has found a violation of the rights of Azerbaijani rights defender Rasul Jafarov. On March 17, the ECtHR pronounced the decision to recognize the arrest of the rights defender as illegal and obliged the government of Azerbaijan to pay him compensation in the amount exceeding 32,000 euros. The pronouncement of the ECtHR's decision has coincided with the decree on pardon issued by the President of Azerbaijan on the same day. According to the decree on pardon, the number of persons released from prison also included Rasul Jafarov, the "Caucasian Knot" correspondent reports.

Rasul Jafarov, the coordinator of the campaign "The Art for Democracy", was arrested on August 2, 2014. On April 16, 2015, the Baku Court of Grave Crimes found Rasul Jafarov guilty of a number of economic crimes and sentenced him to 6.5 years of imprisonment in a common-security penal colony. The defence has appealed against the verdict. On July 31, the Baku Court ofAppeal (BCA) reduced the Rasul Jafarov's sentence by three months.

According to the report published on the website of the Strasbourg Court, the ECtHR has ruled unanimously that with respect to Rasul Jafarov, Article 5 (right to liberty and security) and Article 18 (limitation on use of restrictions on rights) of the European Convention on Human Rights were violated. Furthermore, the ECtHR also suggests that the Azerbaijani government has failed to fulfil its obligations under Article 34 (right of individual petition) of the European Convention.

The latter violation manifested itself in non-admission to Rasul Jafarov of his defender Khalid Bagirov, excluded from the Advocates' Chamber.

The ECtHR has suggested that those violations strengthen the arguments to the conclusion that the prosecution of Rasul Jafarov was caused by the authorities' desire to "to force him to keep silence and to punish him for his human rights activities."

ECtHR upholds complaint of Shakir Rzakhanov, who is serving his life sentence in Azerbaijan