In Dagestan, border guard perished in avalanche, and two others injured 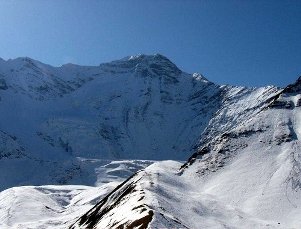 On December 16, in the Tsumada District of Dagestan, an avalanche occurred. It covered a border guard squad. One soldier was killed, and two others were wounded. This was reported by a source from the law enforcement bodies of the republic.
According to the source, the avalanche covered the border guard squad consisting of seven persons. One of the border guards was killed, and two others were hospitalized with fractures, the RIA "Novosti" reports.

Earlier, the "Caucasian Knot" has reported that on December 16, an avalanche also occurred in the Tsuntin District, where a special operation against militants took place. During the fire-fight near the village of Shaitli, three police officers and a border guard were killed.

The joint reconnaissance group consisting of border guards and OMON (riot police) fighters was attacked by a well-armed subversive grouping of 10 persons, the "Rossiyskaya Gazeta" reports. The edition notes that the special operation continues.