Police detained perpetrators of the terrorist act in Pyatigorsk 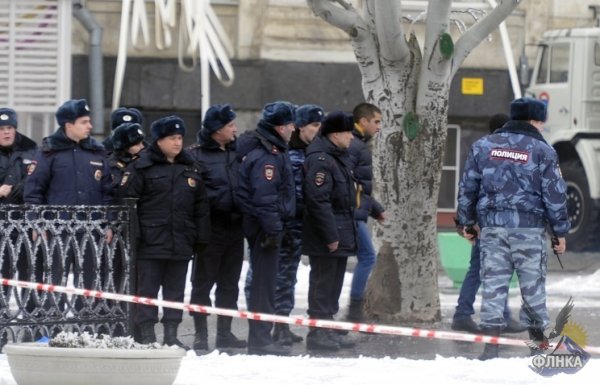 MOSCOW, January 10, 20:06 /ITAR-TASS/. Police have detained the perpetrators of the terrorist act in Pyatigorsk, the Stavropol territory, in southern Russia, a source at the information center of the National Anti-Terror Committee told Itar-Tass on Friday.
"During a pre-trial investigation, the aforesaid persons gave confessionary evidence that they had committed that crime and had taken part in the preparation of a large-scale terrorist act. Prosecutors have filed criminal lawsuits under articles 105, 205 and 317 of the Russian Penal Code,” the National Anti-Terror Committee said.

A makeshift bomb planted in a car went off in Pyatigorsk on December 27, 2013, causing human casualties.

Police have detained people suspected of committing that terrible crime. They include Murad Atayev, a citizen of Azerbaijan; Ramzan Khalizov, Vladimir Khalizov, Shamil Abdulazizov and Magomed Ibragimov,” the National Anti-Terror Committee went on to say.

Its representative added that the timely detention of the aforesaid persons had helped preventing another terrorist act.