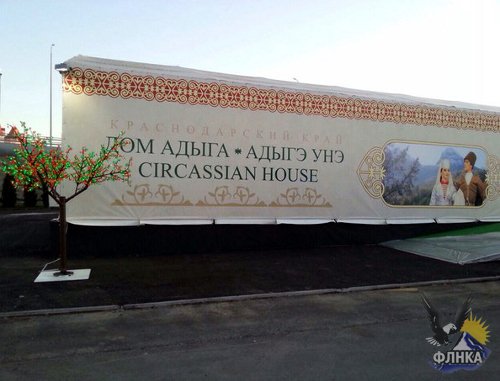 The "Adyg's House" opened in the Olympic Park of Sochi will demonstrate – for the period of the Olympic and Paralympic Games – the Circassian culture, said Mukhamed Khafitse, Vice-President of the International Circassian Association (ICA).

According to his story, the opening ceremony of the "Adyg's House" took place on February 7, the opening day of the 2014 Olympics.

"This is a broad-scale regional project of the administration of the Krasnodar Territory. The 'House' presents our arts – everything the Circassian nation is proud of. It will be open during the Olympic and Paralympic Games. This is pavilion having the area of over 600 square meters, comprising a museum and concert hall, where companies from Adygea, Kabardino-Balkaria, Karachay-Cherkessia and Krasnodar Territory will perform," Mr Khafitse told the "Caucasian Knot" correspondent.

He added that the Circassians' cultural programme is broadly presented at the Olympics.