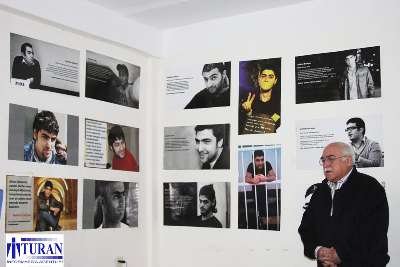 Today is the fifth day of the hunger strike of eight arrested activists of NIDA Movement who are kept in Kurdakhani prison. At the same time, the parents of the accused spend their hunger strike at the headquarters of "Musavat" party. They all are protesting against the prosecutor's sentencing n the young people to lengthy prison terms - from 6.5 to 8.5 years of imprisonment.

Gurbanova said that today she spoke with her son. "They tell us that feel good to appease us. But we know that they have health problems. The prison administration is putting pressure on them, so that they stop the hunger strike," said Gurbanly at a press conference on Monday.

Parents of some of the accused live outside Baku, that is why they do not participate in the hunger strike.

* The young people are accused of organizing riots on March 10, 2013 against the soldiers' deaths. All defendants are announced by Amnesty International "prisoners of conscience.