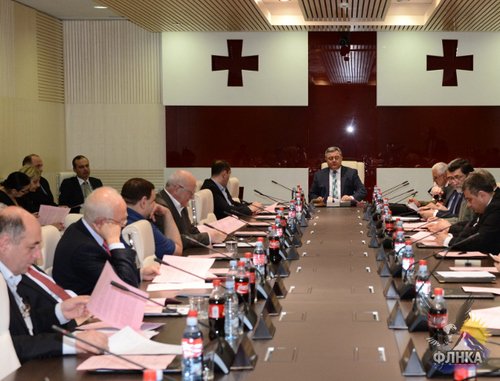 On Friday, May 2, the Georgian MPs passed the Law "On prohibition of all forms of discrimination". In the third and final reading it was supported by 104 MPs.

Now, the law will go to the President for signing. Giorgi Margvelashvili should do it within 10 days, after which the law comes into force, the "Georgia-Online" reports.

Let us remind you that on April 30 the Patriarchate of Georgia urged the MPs to suspend the consideration of the bill. The reason was in the envisioned protection of sexual minorities. Georgian priests said that they had received the authorities' promise not to legalize unisex marriages.

Now, the Patriarchate has refuted the spread misinformation that after making certain changes to the antidiscrimination bill, it became acceptable for the Church.

Let us note here that the Georgian Young Lawyers' Association (GYLA) is treating the current version of the bill as less efficient than the earlier option, drafted with the participation of non-governmental organizations.