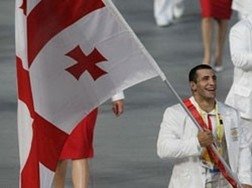 Leri Khabelov, President of the Georgian National Olympic Committee, responded to protests against his visit to Sochi, stating that he was going as the Head of the Committee, not as an official representative, Georgia Online reports.

He emphasized that he will not be involved in any political talks.

The Georgian delegation consists of Khabelov himself, athletes Nino Tsiklauri, Yason Abramashvili, Alexi Beniaidze and other members of the Olympic Committee. Figure skater Yelena Gedevanishvili will arrive in Sochi on February 14. Tsiklauri will be the flag-bearer of the country.