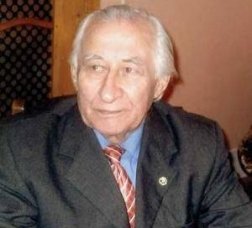 Salimov was born in Stur (Qusar District, Azerbaijani SSR) in 1929. He served as an airborne trooper and a police officer. But his real fame came from poetry. Salimov published his first collection of poetry in Makhachkala in 1959. Dozens of his books were published in the Russian and Lezgian languages in Makhachkala, Baku, Almaty and Moscow.

The poet was one of the founders of the Hearty Word Literature Association. The association was open in Qusar from 1959 to the 1990s, developing the national literature, language and culture of the Lezgian people. Salimov and folklorist Zabit Rizvanov were collecting, systemizing and publishing the "Sharvili” national epos.