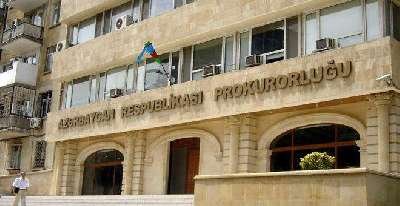 On May 30 in the afternoon a large number of police officers , officials and employees in the civilian gathered in front of the multi-storey building in the Yasamal district, where human rights activist Leyla Yunus lives. At the same time , before the entrance gathered numerous representatives of media and civil society. Apparently, that's why the police is not taking any action. The police ordered the guards to distance journalists from the building entrance, but journalists do not obey. Leyla Yunus herself came out to reporters , said that until her and her husband’s passports and the deed of their apartment are not returned, she will not go to the prosecutor's office for questioning.

Meanwhile, the press service of the Prosecutor General's Office has reported that on may 30 warnings were sent Leyla Yunus and her representative Khalid Bagirov that is they do not appear on the investigation without good cause they may be forced to come.