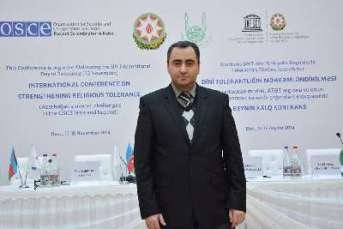 The Ministry of National Security (MNS)  detained on December 17 Elshana Mustafaoglu, a theologian, and on  19  December  the court arrested him for four months, according to the site IlslamAzeri.az  referring to the relatives of  Mustafaoglu.  However, the charges against him are unknown.

Mustafayev got his education in Iran, and then worked at the Institute of Philosophy of the National Academy of Sciences. In 2007 he defended his thesis.  In 2001, he created a public association "Spiritual purity", and in 2005 – a Research Center "New East".

Mustafaoglu for some time hosted a program on  the ANS TV channel, headed the Media Academy at this channel.

In the last two years he worked on the scientific program in Norway, and returned to Baku in early 2014.  In recent months, he has collaborated with the Office of Caucasian Muslims.

This structure has not commented on reports on arrest of Mustafaoglu.