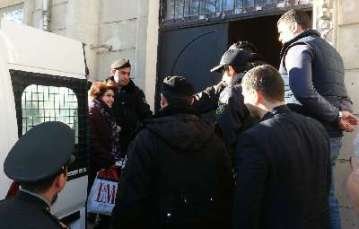 The Baku Court of Appeal dismissed the appeal of the journalist Khadija Ismailova, asking for  the replace her measure of restraint on house arrest.

On   26 December a Sabail District Court dismissed an application for release  of Ismayilova from custody, and imprison her under house arrest. Today the Court of Appeal upheld that decision in force.

Mustafayev himself later also  refused the claims to Ismaylova, but then he immediately disappeared. Prior to that, he managed to announce through social networks that  they want to arrest him.