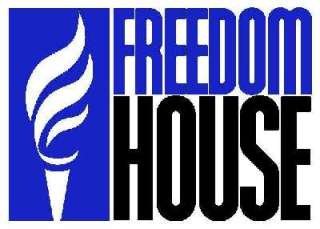 The international human rights organization Freedom House published the annual report Freedom 2015 on the state of human rights in the world.

The report assesses the situation in 195 countries around the world and notes that in 2014 the human rights situation deteriorated substantially over the world.

Syria isn recognized as the most non-free country in the world, and Russian occupation of the territory of Ukraine is recognized the biggest blow to democracy.

Azerbaijan, along with Venezuela is set among the countries where the number of political prisoners increased. At the same time, Azerbaijan is called "not free" for already several years.

This is due to the fact that the Azerbaijan government has intensified repression against government critics, human rights activists and journalists, the report says.

Georgia and Armenia are included in the category of "partly free countries."

Official Baku earlier denied reports from Freedom House, calling them biased and based on false information.