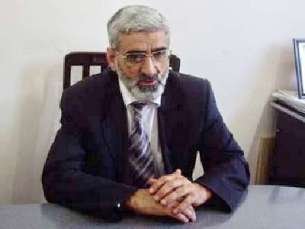 "Such a move against women, especially in jail, does not honor the man,"  said Miralioglu.  Elman Hasanov sued Ismaylova, claiming she defamed him by publishing a document on Facebook about his recruitment by the intelligence agencies.

However, Ismailova has proved surname Hasanov was not noted in the published text.

Ismailova said that Hasanov was used by intelligence agencies to punish her.

For the first time a certificate stating that the Elman Hasanov was an agent of the Ministry of National Security was published in 2011 a former officer of the agency Ramin Nagiyev, who is now in political emigration in France. On February 23, 2015 the court granted the petition against Ismaylova.