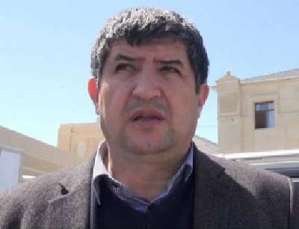 The National Council issued a statement condemning the persecution of the famous publicist Shahvalad Chobanoglu.

The charge of tax evasion has become one of the most common accusations against the opposition. However, unlike the other cases, the court ruled that the tax inspection of the activities of Chobanoglu covers the past 7 years.

At the same time, according to the laws of the country, fiscal activities can be tested only for the last 3 years.

During the initial inspection for the last three years any irregularities were not revealed. Now the authorities have decided to find something to bring the publicist to justice.

Such a "tax lynching" on the basis of an unlawful judicial decision is further evidence of the complete lawlessness and arbitrariness of the authorities.

Currently, the Ministry of Taxes performs the functions of "secret police", and persecution of Shahvalad Chobanoglu is related to his activities during his work in the union Different Thought.

The National Council considers the prosecution of the publicist as the beginning of the next wave of repression against civil society activists.