Adviser to the Head of PFPA M. Ibrahim Detained by Police 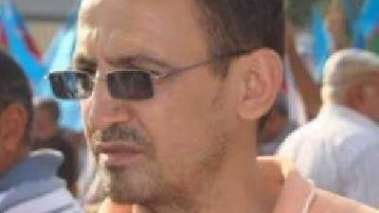 Yesterday the adviser to the head of PFPA Mahammad Ibrahim was arrested by the police. He reported about this. According to Ibrahim, on Friday afternoon the local police officer came to him and offered him to visit the 17th police station of the Narimanov district. In the car, he was confiscated the mobile phone.

However, before that the oppositionist managed to report that he was being taken to the police.

At the police station he was told that he had been detained in connection with appeals to participate in the meeting of the National Council of Democratic Forces scheduled for March 15 in protest against electoral fraud.

Then he was taken to the police chief. When he learned that Ibrahim had managed to report on his detention to friends, he shouted at his subordinates due to the fact that they allowed that.

However, after this the protocol of detention was liquidated.

As a result, Ibrahim was warned about the inadmissibility of calling people to the unallowed protest and released.

However, Ibrahim believes that he did not commit anything illegal.

In his view, the attempt to arrest was aimed to intimidate the opposition and to disrupt the meeting.

We were unable to obtain comments from the 17th police station.