Prisoner on a hunger strike is taken to the closed jail 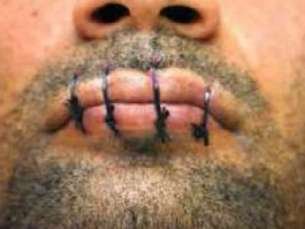 Prisoner Elshan Pashayev  who is on hunger strike from 2 March  in jail N1  will be transferred to a closed prison, Turan was told the prisoner's mother Lida Pashayeva. According to her,  a trial took place today in prison, and it was decided to transfer him to a closed prison.

"We complained and were looking for justice, but ran into even more trouble. They want to kill my son. I ask President Ilham Aliyev, First Lady Mehriban Aliyeva, the public to help my son," said the mother of the convicted. One of her relatives was received today by the head of the jail N1.

"The Head  of jail said that Elshan continues a hunger strike, and for another 15 days  he will be  kept in a punishment cell. Ostensibly the reason for that was that Elshan climbed onto the roof of the barracks and threatened the announcement of their claims. But then we learned that, there was a secret trial, and it was  decided to transfer Elshan to a closed prison," said Mirzaliyev. On March 2 Elshan Pashayev began a hunger strike in protest against the unjustified conviction, abuse and denial of parole.

Elshan Pashayev was convicted on charges of premeditated murder, and sentenced to 12 years, 10 of which he had already served. In this regard, he appealed to the court for an exemption from the remainder of the sentence. The appeal was considered on  24 February, and was declined.