In Tbilisi, protesters demand to restore diplomatic relations with Russia 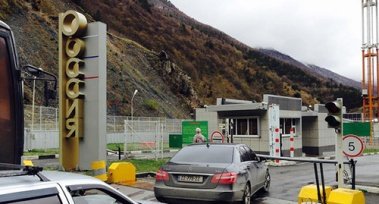 In Tbilisi, in front of the Ministry of Foreign Affairs (MFA) of Georgia, activists held an action with the demand to comply with the country's neutrality and restore diplomatic relations with Russia.

On April 29, a protest action was held on the initiative of the NGO "Irakli II Society". The protesters spoke against joining the NATO and asked to start a peaceful dialogue concerning Abkhazia and South Ossetia.

"Our main demand is to secure Georgia to become a neutral country. We want to see the country beyond any military bloc. We demand to restore diplomatic relations with Russia to ensure peaceful de-occupation of Abkhazia and Samachablo (South Ossetia)," the "News-Georgia" quotes Archil Chkoidze, the leader of the "Irakli II Society".