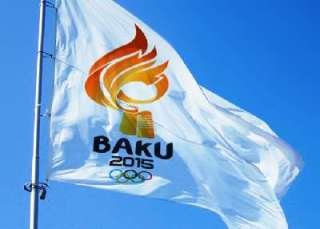 «How could it happen that the first European Games in Baku, the great event in the world sport, and  none of your channels  wanted to cover in the media this event?"  told the Russian President Vladimir Putin on June 2 meeting devoted to the development of sport.

V.Mutko, Minister of Sports of Russia, answered the question from Puin. According to him, the "Russia-2" will broadcast the event. However, Mutko could not answer the question  who finances the broadcast. Of further Putin's speech, it became clear that the broadcast will be carried out not for public funds, but  for  money of the sponsor. Putin expressed dissatisfaction with this attitude of public television channels. A day later, on June 3, the organizing committee  of the First  European Games  "Baku-2015" signed an agreement with the TV channel "Russia" to broadcast the European games. Russian television viewers will be able to watch the games for 10 hours daily on the channel "Russia 2", "Sport 1", "Sport", and "Fight Club." There will also be online broadcast on Internet resources and Vesti.ru Sportbox.ru.