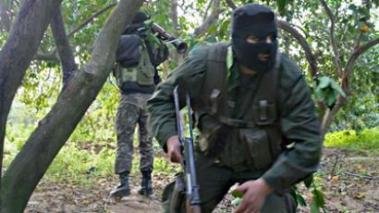 Today, the National Antiterrorist Committee (NAC) has confirmed the information about the death of Suleiman Zainulabidov, who was killed in a firefight in Dagestan. According to the NAC, Suleiman Zainulabidov has sworn to the terrorist "Islamic State". The "Caucasian Knot" has reported that last night, a firefight took place not far from the village of Komsomolskoe in the Khasavyurt District. According to a source, the man killed as a result of the firefight was identified as Suleiman Zainulabidov, the leader of the "Aukh" grouping of militants. "According to the Operational Headquarters of the NAC for the Republic of Dagestan, Suleiman Zainulabidov had been hiding from law enforcers for more than 10 years, and in last December, he sworn to the international terrorist organization 'ISIL'. He was directly involved in attacks on law enforcers: in particular, he was involved in the murder of an agent of the Russian FSB Department for Dagestan committed in December 2013 and in the acts of extortion of money from entrepreneurs," the "Interfax" quotes the message of the NAC's information centre as reporting. According to the NAC, "no law enforcers and civilians suffered", the "TASS" reports.