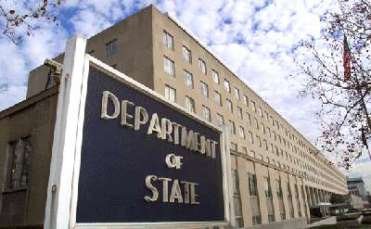 The US State Department spokesperson John Kirby has made a press statement on June 13 which reads:

"The United States welcomes the decision of the Azerbaijani government to permit Emin Huseynov’s safe departure from Azerbaijan today.

Huseynov, who took refuge in the Swiss Embassy in Baku last August fearing arrest, has been a courageous proponent of media freedom as the Director of the Azerbaijani Institute for Reporters’ Freedom and Safety.

While we are pleased by this gesture, timed with the launch of the inaugural European Games in Baku, we urge the Azerbaijani government to extend this same good will to others considered to have been incarcerated for their civic activism -- including Leyla and Arif Yunus and Intigam Aliyev, whose health continues to deteriorate.