Irfan Siddiq: It is a shame that some journalists were deprived from the Games 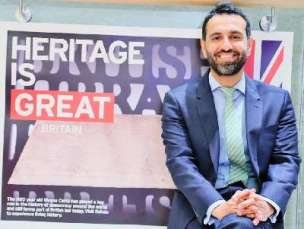 British Ambassador to Azerbaijan Irfan Siddig responding the question from Turan agency to comment on the ban on entry a number of British media to Azerbaijan, said the following:

"I attended the official opening ceremony last Friday together with the Foreign Office Minister Tobias Ellwood.  The ceremony was spectacular and hugely impressive.  My favorite element was the dramatic manner in which the stage came to life, with grass sprouting from the earth and water flowing.  It was also a real delight to be able to be there in person to welcome the Great Britain team to the Games. It was a great show, which I hope people throughout the world were able to see. Unfortunately, some British journalists were not given accreditation to attend the show. It is a shame that some journalists were deprived from being part of this occasion.  It has also had a regrettable impact for Azerbaijan. If the intention behind denying accreditation to journalists was to prevent negative coverage, it had the opposite result, as it only produced more negative stories.  Accepting differing points of view is one of the hallmarks of a strong democracy. It is important that Azerbaijan allows free access to all media and other interested parties to attend and observe the European Games and express their opinions about the games freely.”