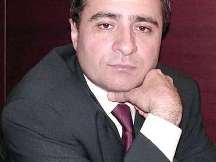 The former representative of the Organization of Islamic Cooperation in the European Union, Azerbaijani diplomat Arif Mammadov sent an open letter to the head of Azerbaijan Ilham Aliyev.

In this letter published on Mammadov’s page on Facebook he said that the publication of the alleged conspiracy of ambassadors against the country's leaders was "paid for" by certain individuals close to the President of the country.

"Once, I reported to you in a letter that a certain circle of people in the government of Azerbaijan deliberately create imaginary conspiracies of the West, the Council of Europe, the European Union, and this time ambassadors just to justify their useless positions.

Provocation is only what these people can do. They hate all the Azerbaijani people, smart and capable people, as they see a threat to their worthlessness in them," the diplomat said.

Mr. President, it is time to take bold decisions and rid the country of this evil. These people hurt your image and create a negative image of the country deliberately in the world. They are the cancer of the country.

You perfectly know these people. They attack the last best staff of your team. Today, they have chosen as a target the best diplomats of the country headed by the Minister of Foreign Affairs. They will not stop if you do not take urgent decisions. The people of Azerbaijan hope that you will make the right decisions," the statement says.

Earlier, the site Haqqin.az accused a group of diplomats of plotting against the government. The reason for this was the article by Arif Mammadov on Facebook about the corruption and ineptitude of government officials, which led to a fire in an apartment building and casualties. This article was approved with likes by several MFA employees for what they were referred to as conspirators. A little later, they were dismissed and the Foreign Ministry disavowed Mammadov. The diplomat himself resigned from his post in the OIC and announced the beginning of a political activity and the development of a program to rescue Azerbaijan from the crisis.

What caused the recall of the Ambassador of Azerbaijan to Ukraine?