What caused the recall of the Ambassador of Azerbaijan to Ukraine? 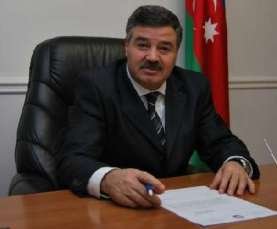 According to the order of the President Ilham Aliyev, Eynulla Madatli as ambassador of Azerbaijan in Ukraine and Permanent Representative to GUAM, was withdrawn.

Madatli was appointed ambassador to Ukraine in 2010. Noting is reported about the reasons for the recall of Ambassador. However, the review coincided with the emerge of another "sensational" material on one of the sites which states about almost an anti-government conspiracy in the bowels of the Foreign Ministry.

The "basis" for this  became the status on the Facebook  by the representative of the Organization of Islamic Cooperation in the European Union, the diplomat Arif Mammadov. He quite emotionally accused officials of the deaths of people at a fire on May 19 in high-rise residential building in Baku.

All diplomats who "liked” the status were called "rebels." Among them was Anar Madatli, the  Azerbaijani embassy staff in Brussels and the son of the ambassador in Kiev.

However, it is possible that there is not any connection between this review and the publication on Facebook. Anyway, it was impossible to get  a comment in the press service of the Ministry of Foreign Affairs on this issue throughout the day on June 3.