International reactions at the end of the European Games in Azerbaijan 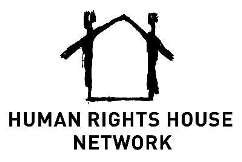 The European Olympic Games hosted in Baku ended on a note different from the expected glamour the authorities aimed at: the United Nations and the Council of Europe called upon Azerbaijan to put an end to the suppression of civil society and the international attention on the country served to highlight human rights violations.

As the Games ended in Baku, four journalists working for Meydan TV were prevented from leaving the country. A clear sign that the situation in Azerbaijan has not improved but that the repression continues, targeting human rights defenders, journalists and activists.

The European Games however ended on 28 June on a note of multiplied international reactions to the repression. Right after the opening of the Games, the Office of the United Nations High Commissioner for Human Rights called for the release of those "deprived of their freedom for exercising their human rights.” A few days earlier, United Nations independent expertscriticized the "relentless prosecution and repression of prominent rights activists in Azerbaijan” and called for their immediate release.

The Parliamentary Assembly of the Council of Europe (PACE) adopted a resolution calling for the release of political prisoners. This is the first time the Assembly does it so clearly, and specifically mentioned leading civil society figures, including human rights lawyer Intigam Aliyev, human rights defenders Leyla Yunus, and her husband Arif Yunus, Anar Mammadli and Rasul Jafarov, amongst others (paragraph 10).

I've been following @PACE_News for 7 years, inter alia re #Azerbaijan. Never have I heard as strong messages from MPs. Impressed today!

"Tuesday, 23 June, could be remembered in the future as a turning point in PACE’s approach towards the human rights situation in Azerbaijan,” said Florian Irminger, Head of Advocacy at the Human Rights House Foundation (HRHF).

In the past months, the President of the Assembly and the Council of Europe Commissioner for Human Rights have repeatedly called on the Azerbaijani authorities to end the ongoing crackdown on civil society. However, "the Assembly had so far been a notable absent in this context and the adoption of a resolution was considered as a fundamental point to define PACE’s stance on the situation,” further commented Irminger.

The weak draft resolution by co-rapporteurs Pedro Agramunt and Tadeusz Iwinski was strengthened by a series of amendments widely supported by the Assembly. Significant improvements included a call to Azerbaijani authorities "to put an end to systematic repression of human rights defenders, the media and those critical of the government, including politically motivated prosecutions” (paragraph 11.1) and to "release all political prisoners, including those who have cooperated with the Parliamentary Assembly” (paragraph 11.6.5).

"We should talk about malfunctioning of democratic institutions in #Azerbaijan , rather than functioning.."points out@LiseChristoffer #PACE

"As Azerbaijani MPs tried to strenuously defend the indefensible and attacked every single amendment aimed at raising attention on the human rights crackdown, only the co-rapporteurs seemed to fall into the trap and opposed key changes to the resolution,” commented Florian Irminger. They were, nevertheless, clearly isolated and outnumbered. Lise Christoffersen (SOC, Norway) suggested that it would have made more sense to discuss the malfunctioning of the democratic institutions in Azerbaijan rather than it’s functioning.

"Enough is enough:rule of law,democr, #HumanRights not being respected/ we need to speak clearly about problems" #Azerbaijan @FrankSchwabe

This result does not come as a complete surprise as in October 2014 – following the wave of arbitrary arrests that started in the wake of Azerbaijan’s Council of Europe Chairmanship – observers noticed a few encouraging signs in the Council of Europe’s approach vis-à-vis Azerbaijan.

"At this stage it is difficult to anticipate how PACE’s strong condemnation of this latest wave of repression will be followed-up on in the near future – we hope the Assembly sent a clear message to Azerbaijan and its friends within the Assembly,” said Florian Irminger.

The Human Rights Council spoke up

On 24 June 2015, during the 29th session of the UN Human Rights Council, 25 States, led by Ireland, condemned the ongoing crackdown in Azerbaijan in a joint statement.

Human rights defenders from various NGOs assembled symbolically in Geneva, at the Place of Nations in front of the United Nations, to protest the detention of their colleagues in Azerbaijan.

In the statement, the States expressed their concern on the shrinking space for Azerbaijan’s civil society: journalists and human rights defenders are being intimidated and harassed, NGO restrictions prohibit any fruitful activity, whilst international organisations and mechanisms have almost no access to the country. An issue of criticism was indeed the lack of cooperation with international institutions, including the UN, the Council of Europe and the OSCE, which office was closed down earlier this month

The EU statement, delivered by Latvia, also addressed the human rights situation in Azerbaijan. The EU Member-States condemned the persecution of journalists and human rights defenders, and called for the release of all the prisoners detained for their human rights and civil society work.

"Until now, a few States had individually addressed the situation in Azerbaijan but never took a clear joint stand. We are glad they did so, and maintain our call for the Human Rights Council to clearly request a report by the United Nations High Commissioner on the situation in Azerbaijan and discuss it in a devoted dialogue at an upcoming Council session,” commented Irminger.

HRHF also led a joint NGO statement at the Human Rights Council highlighted that on the background of its "glamorous” European Games, many well-known activists and journalists remain in prison.

In its rather politicised reply, Azerbaijan pointed at the human rights issues in those countries who sponsored the statement, with special focus on Ireland, since its permanent representative was the one to deliver the joint statement.